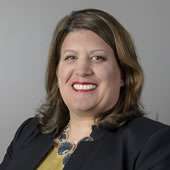 Keri Kish has served as the Director of Government Relations for WSIA since August 2017 and joined NAPSLO in July 2012. She is responsible for implementing the membership’s government relations and legislative advocacy program. Keri is a liaison and advocate for the Association to federal and state legislative and regulatory entities, as well as acting as a compliance resource for members.

Keri joined the association after six years with the National Association of Insurance Commissioners (NAIC). While at the NAIC, Keri served as Antifraud Counsel, providing legal and staff support to various regulatory task forces and working groups, including the Antifraud Task Force, Investigations of Life/Annuity Claims Settlement Practices Task Force and Limited Medical Benefit Plan Working Group She worked closely with state insurance regulatory officials, federal agencies and other insurance related associations on behalf of NAIC and its members.

Prior to the NAIC, Keri worked for Kansas Insurance Commissioner Sandy Praeger as a staff attorney. During her time at the Kansas Insurance Department, Keri was responsible for administering the Kansas Workers Compensation Fund, working with 100 contract attorneys concerning 4,000 open cases involving the $50+ million dollar fund. Keri started her legal career as a prosecuting attorney in Dodge City, KS as an Assistant Ford County Attorney. She was responsible for the prosecutions of adult and juvenile offender criminal cases, gang-related crimes and the care and treatment of impaired individuals. Keri also presented oral arguments in appeals on behalf of the State of Kansas before the Kansas Supreme Court.

Keri is a member of the Kansas and Missouri bars. She completed the Association of Corporate Counsel Mini-MBA program at Boston University. She was a member of the inaugural class of the Dwight D. Eisenhower Excellence in Public Service Series and was twice selected to attend the U.S. Department of Justice National Advocacy Center in Columbia, SC.